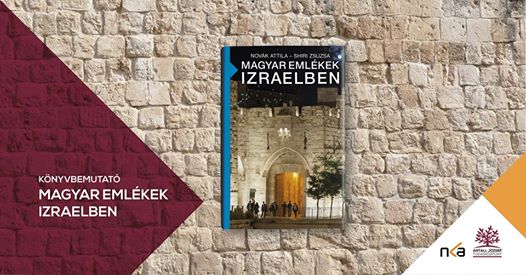 Historian and MIMC Organisation founding member László Bernát Veszprémy wrote an article for the Jewish website Neokohn, where he works as deputy editor-in-chief.

Veszprémy claims that he has read a recent publication cowritten by historian and Szombat editorial board member Attila Novák and MTI Jerusalem correspondent Zsuzsa Shiri (MTI is the Hungarian public telegraphic agency). The book is titled Magyar emlékek Izraelben (Hungarian places of remembrance in Israel).

Veszprémy claims that the authors have stolen two of his articles, each published in Szombat, the Jewish cultural monthly.(1)

Shiri has written a reply for Neokohn, where she has expressed her apologies, but wrote that the chapters in question were not written by her.(2)

Novák has also written an apology as follows:

“I have indeed used the articles of (Neokohn’s) deputy editor-in-chief, which he had written for Szombat, and one or two of his statements – for example about the life of Dov Grüner and how his father called him ‘Béla’ – did seep into my written text. This is definitely not plagiarisation, because that means something else legally and morrally – but I should have cited the author at the end (of my work). I am sorry for having failed to do that and in the future editions of the book we will remedy this.”(3).

Veszprémy has not written a reply to the authors.

Pictured is the book in question. Source: Neokohn