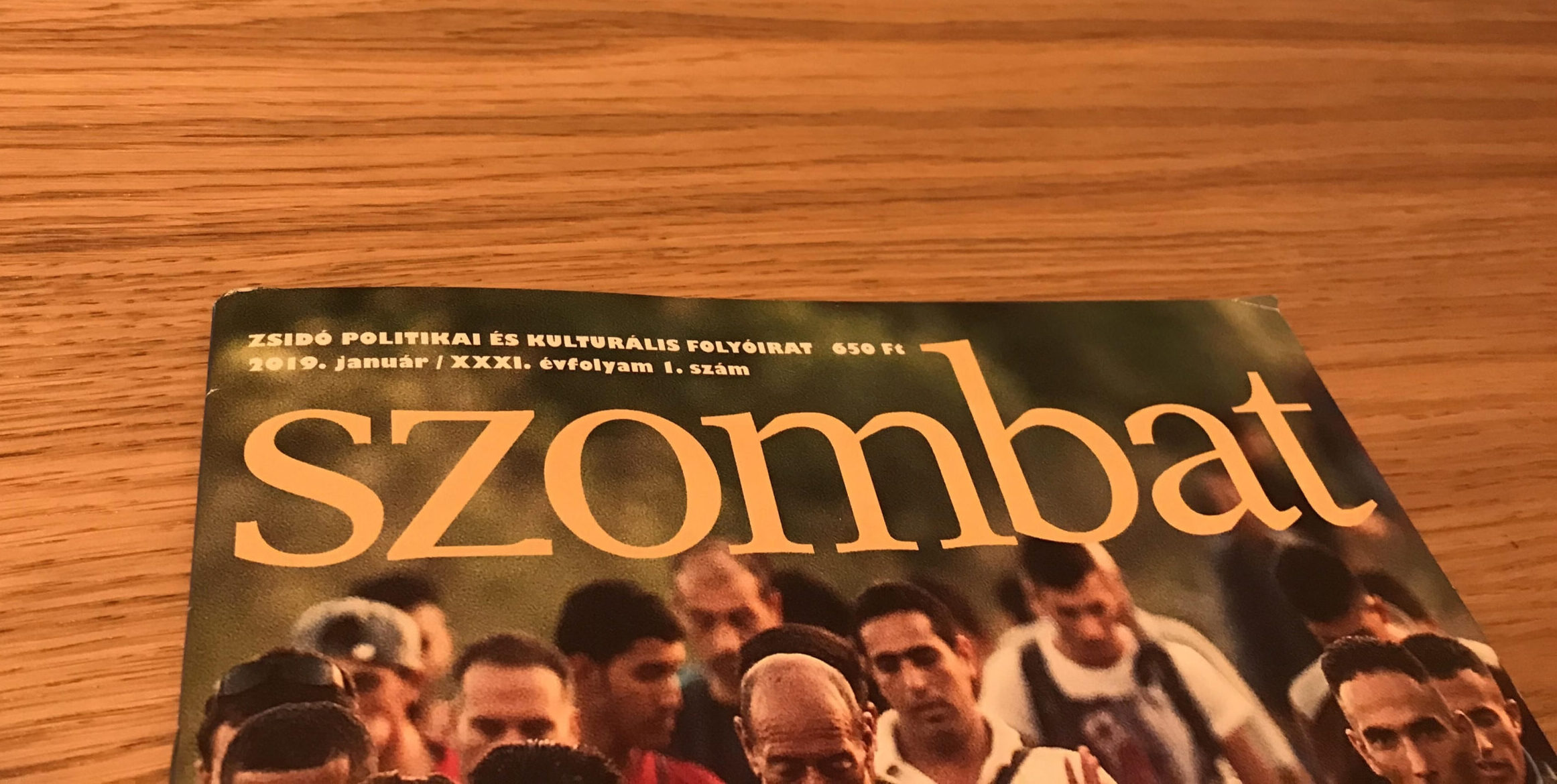 The Israeli Embassy in Hungary has held a press conference where Ambassador Yakov Hadas-Handelsman has expressed his gratitude to Hungarian FM Péter Szíjjártó for supporting the Israeli position against the ICC’s recent anti-Israel decision.

Szombat has quoted the press conference’s material from the Jewish news portal Neokohn, but omitted the words of thanks from the Israeli ambassador.(1)

Szombat has previously compared a leading Orthodox rabbi to communists, and speculated that the rabbi’s grandparents were probably communists too.(2)

Szombat has in the past failed to adequately report on the far-right quotes that emerged from the social media site of Jobbik candidate László Bíró.(3)