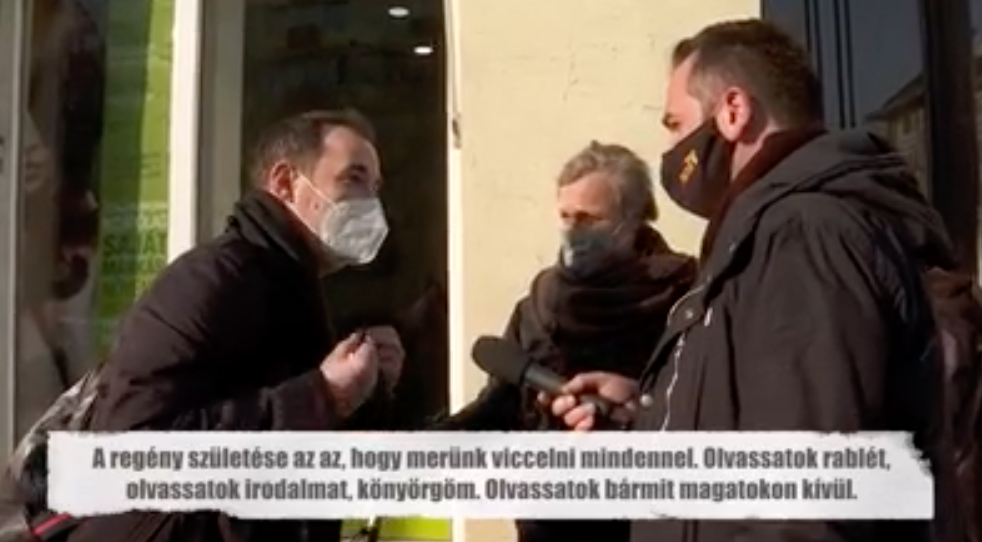 As the MIMC Organization has already mentioned, in a leaked 2006 e-mail, Uj wrote via his official work address as then editor-in-chief of the left-wing news portal Index that he is organising a garden party.

In the “subject” category, Uj wrote: “Not interested in Jews and f.ggots.”(1)

Previously the news portal Pesti Srácok has uncovered that in a 2005 e-mail Uj included anti-Semitic and and misogynistic language.(2)

When confronted with the contents of the 2005 e-mail on the phone, Uj said that he was “joking”.

Now A Riporter has managed to interview two 444 journalists on the use of anti-Semitic language.(3)

444 journalist Bence Gáspár Tamás said: “Péter Uj loves to write parodies. Ever since I started working with him since 2003 he has been constantly doing this. He is making fun of the dominant trends that journalists, the media, the authority, the government, the political communication uses. This is understood by everybody who reads and understands his opinion pieces.”

At this point reporter Szilveszter Szarvas asks: “So can you make anti-Semitic (zsidózni) jokes?”

Bence replies: “You can make jokes about a lot of things.”