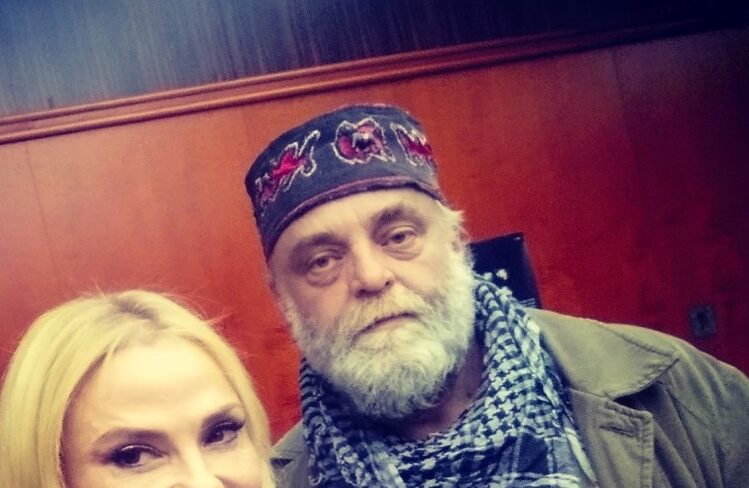 The left-wing pundit and historian gave an interview to Klub Rádió, and according to pictures posted by the Radio’s Facebook page, he wore a keffiyeh, a traditional symbol of Palestinian solidarity – Neokohn reports.(1)

His wear brought a number of angry comments from the Hungarian Jewish community.

Konok did not deny on his Facebook page that he was a supporter of the anti-Israel cause.

Neokohn has also dug up a number of anti-Israel or seemingly anti-Jewish comments from Konok’s past.

“Did I read it right? The popular historian is comparing Zionists for fascist, people attacking székelys, anti-Semites and Nazis?”

Earlier this year Konok participated in the online talk show Kötöttfogás, where he had the following exchange about Covid-19 with pundit Sándor Csintalan:

Konok: “Aside from some intellectuals from downtown Pest (codeword for Jews – Ed.), who are actually sitting home and sterilising their dogs, ordering food and doing yoga, baking bread and finding themselves…”

Konok: “How am I attacking Jews?”

All quotes here are from Neokohn’s report.

Pictured is Péter Konok on the right, wearing a keffiyeh. Source: Facebook