New Book Inspects Migration and Antisemitism in the West 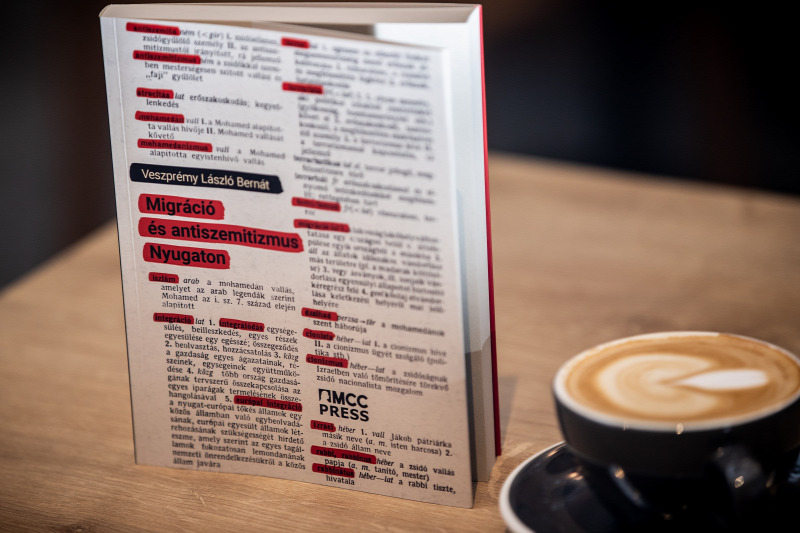 Mass immigration and the extremist Islamism that follows it is a threat to the Jews living in Western countries, whose own leaders do not see their future secured in those countries either. MIMC Organisation founding member, historian and journalist László Bernát Veszprémy was asked about his recently published book examining the relationship between anti-Semitism and migration at the MCC event in the city of Miskolc, Hungary – writes MCC.hu.

László Bernát Veszprémy graduated from the University of Amsterdam in 2017 with a degree in Holocaust and Genocide History, and is currently working on the history of Zionism and the history of the state of Israel as a doctoral student at ELTE University. He is currently the editor-in-chief of the Corvinák, the online science journal of MCC. Based on his research – but also drawing on his own experience – he wrote his book (Migráció és antiszemitizmus Nyugaton – “Migration and Antisemitism in the West”), which was recently published under the auspices of MCC Press.

Although articles published by the Western press do not show this, anti-Semitic attacks are very common in Western European countries, much of which, although carried out by Muslim perpetrators, is identified by the authorities as far-right attacks.

In the course of his own research and reports, László Bernát Veszprémy met with the hopeless leaders of Jewish communities, who do not see the future of Jewry in these countries as secured, so they advise members of their community to leave these Western European countries.

The author also examined whether there is a link between Holocaust denial and migration and found that the phenomenon is very much present in Arab and Muslim communities. This is not primarily about far-right views, but about the projection of the Israeli-Palestinian conflict on Europe. Asked whether the number of anti-Semitic attacks had jumped since the 2015 migration crisis, he said that highest atrocity numbers did not come at that time, but in 2014, at a time of escalation of the Israeli-Palestinian conflict in the Gaza Strip. The negative relationship between the two countries also affects the relationship between Muslims and Jews in the Western world. In his view, however, this conflict would not end if relations between the two countries were resolved, as many of the perpetrators were second- or third-generation immigrants who had already grown up in the West, in Western democracy and culture, and who were educated in tolerance – nevertheless, anti-Semitism lives in them. There are, of course, government measures and efforts in education to change this view – especially among young people, children – but the experience is that few migrant students respond to Holocaust education positively.

In the book, the author also examines how left-wing parties seek the sympathy of immigrants in the hope of gaining voters, and are therefore more tolerant of anti-Semitism. But not only are progressive parties counting on the votes of immigrants, there have also been immigrant parties in some European countries, such as the Dutch DENK party, which build on anti-Semitism in their campaigns, among other things.